The Problem: ECIA/EIRHA have been working with the University of Iowa, through the Iowa Initiative for Sustainable Communities, to develop a strategic approach to addressing eastern Iowa’s shortage of affordable housing, redeveloping abandoned and blighted properties, including brownfields, and ensuring that community planning and development are driven by the vision of local stakeholders and not external developers. Specifically, ECIA/EIRHA wanted to focus on a “land bank.” The key issues that needed addressed include whether it would be a feasible option, what are best practices for existing land banks, what would be required to create a land bank, and if legislation is required, what would it look like.

The Outcome: CELP clinic law students interviewed employees of ECIA/EIRHA and gathered information about ECIA/EIRHA and the region they are serving. Additionally, the team conducted independent research to learn more about land banks and enabling legislation. The team studied the root causes of the issue, looked at the current systems in place to combat the issue, identified ways in which a land bank could be beneficial for the region, analyzed how feasible this idea is for the state of Iowa, and finally, considered alternative actions that can aid in solving the problem. The team presented its findings to ECIA/EIRHA officials and created a report and statutory appendix to communicate its recommendations for moving forward. 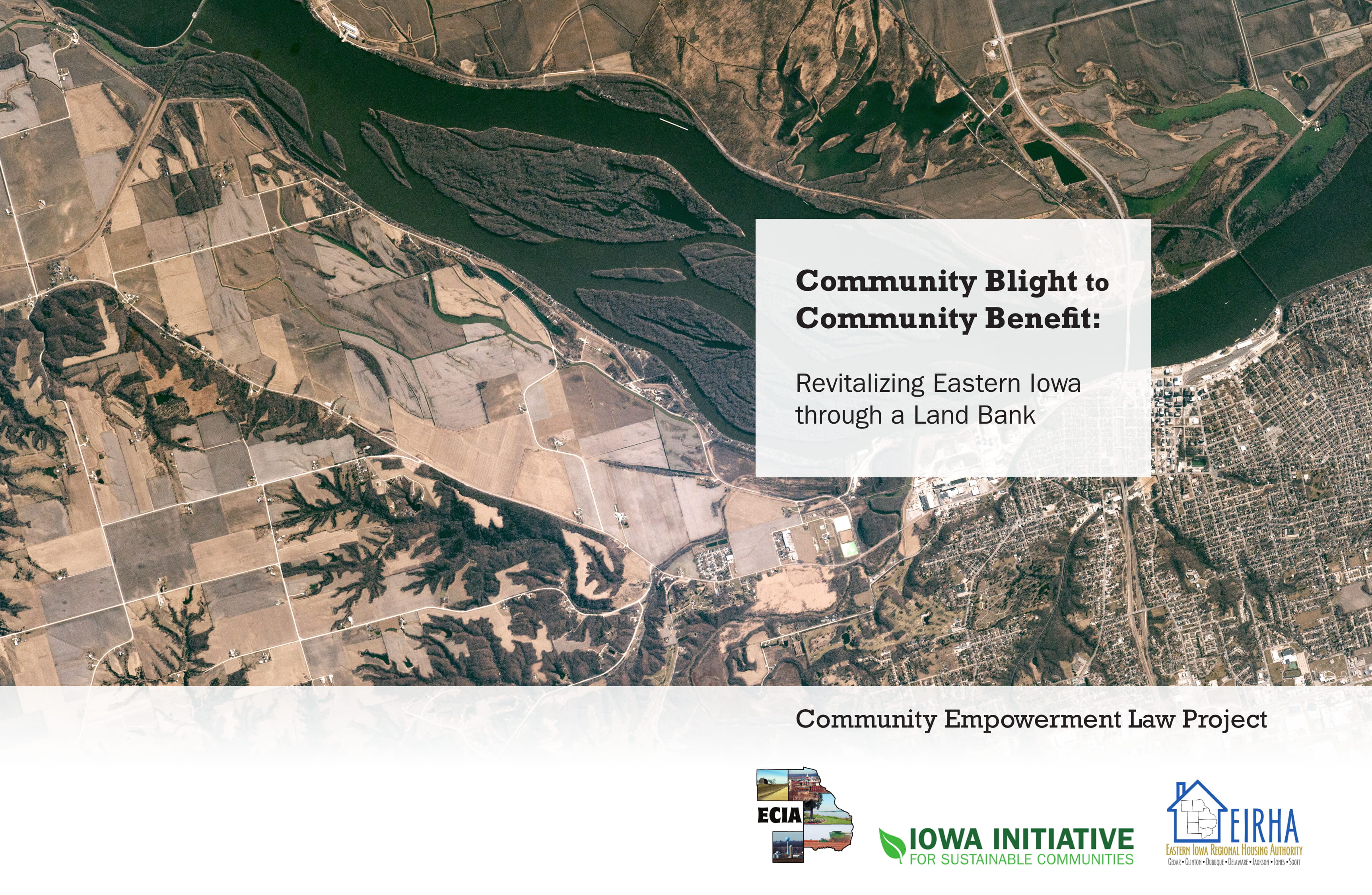